Watch, President Medvedev, the man in black, deliver a beligerent 5 minute video [with English subtitles], set against a balmy evening seascape, in which he describes the rapid deterioration of Russian/Ukrainian relations: here 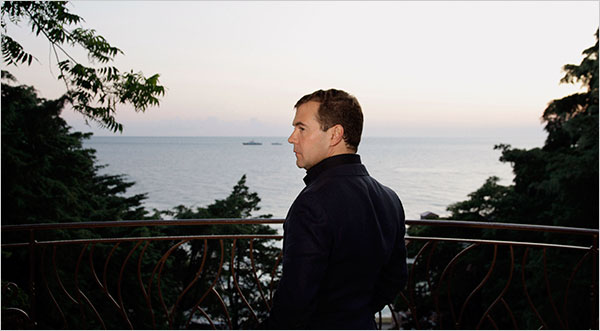 What is it with these Russian height-challenged testosterone-charged men?
Reminds me of this old British advert for Cadbury's chocolates
Maybe fearing that his boss may have overstepped the mark, deputy head of the Kremlin's administration Aleksey Gromov says today that Dmitriy Medvedev's statement on the bad blood between Moscow and Kyiv was not directed against the Ukrainian people, but only against President Victor Yushchenko personally. [Whipping a dead horse then..]
Turning off gas supplies in the midst of winter was not directed at Ukraine's population either, I suppose..
p.s. The man in black, with Yanukovych and Putin, possibly chewing Cadbury's chocolates here
Posted by LEvko at 10:26 PM

You really need to update your blog to the latest blogger version.

The top ten investors accounting for over 81% of Ukraine's overall FDIs were:

Even more interesting is if you compare this level of investment on a per capita basis. The US would be at the bottom of the list.

Cyprus is at the top because a lot of Ukrainian oligarchs shipped money out of Ukraine and into Offshore accounts there.


The British Virgin Islands are on that list for the same reason.