Whitmore concludes:
Nutty statements from Russian officials are so commonplace that we almost don't even notice them all anymore.

But we seem to be crossing a threshold and getting close to a very dangerous point. When you build up a make-believe world and surround yourself with only people who reinforce it -- there comes a point where you cannot distinguish reality and fantasy.

And if Putin really believes his own hype, then we're in a very frightening place, indeed..

But then again, [as Peter Pomarantsev recently noted in the 'FT'] maybe there is reason to this madness (or the rumours of it)... What if Mr Putin’s show of derangement was a front, coolly calculated to intimidate the west? What if he wanted them to fear the random acts of recklessness that might follow if he were provoked? 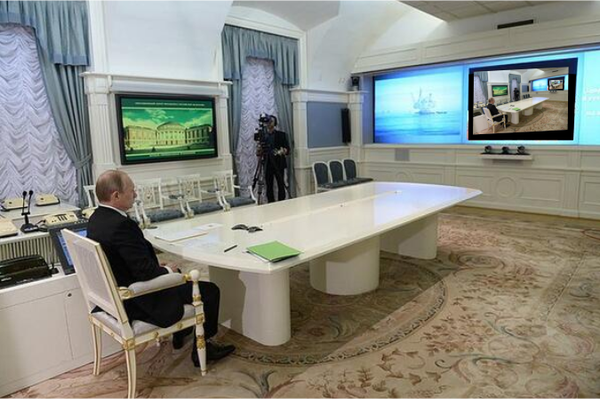 There is a game of bluff and double-bluff going on here.

My uncle, whose was born and raised in Tsarist Russia always told me that Russians always like to play the hard man...and they treat any sign of weakness with great disdain. He lived through deportation to Siberia and I believe knew Russian psyche pretty well. He always told me if you talk tough and refuse to be cowed, or refuse to give way when bullied by Russians, they will back down. On several occasion this saved his life and the life of his family members . A lesson for western leaders perhaps?