Will there be a Euro-Maidan?

This from a blogger worth following -  Odessatalk.com  :
"[Yesterday]..around 8pm, the Ukraine Truth ['Ukrainska Pravda'] political journalist Mustafa Nayem [see photo] on both twitter and Facebook called for a spontaneous protest in support of the signing of the agreement. 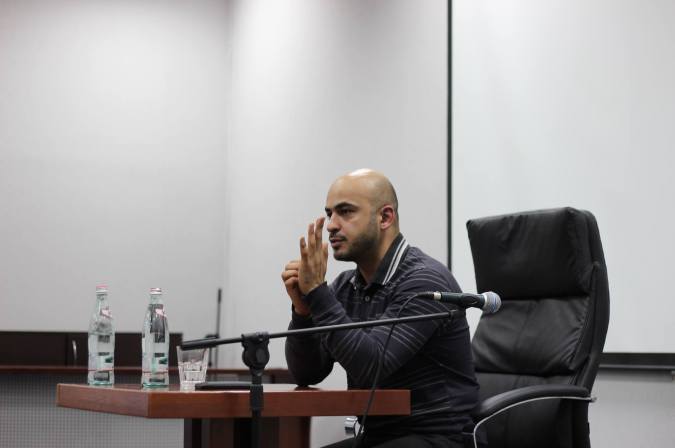 The twitter hashtag of #Евромайдан (Euromaidan) was born and became the top ranking hashtag on the Ukrainian twitter rankings within an hour.
Numbers vary as to those who turned out in Kyiv, ranging from 500 to 1500 according to those present and tweeting.
An impressive number for a 2 hour lead-in time of such a spontaneous call – or considering that the call was made via social media alone, the place where millions of Ukrainian “20 – 30 somethings” who all undoubtedly “get it” when it comes to European integration, maybe not as impressive as you would expect?"
The authorities are taking 'the necessary measures already'.

p.s. If you have an hour to spare, listen to this most enlightening audio of a November 22 Brookings Institute session entitled "Progress on the European Union's Eastern Partnership Despite Ukraine's Backsliding", here: http://www.brookings.edu/blogs/brookings-now/posts/2013/11/progress-on-european-union-eastern-partnership-despite-ukraine-backsliding